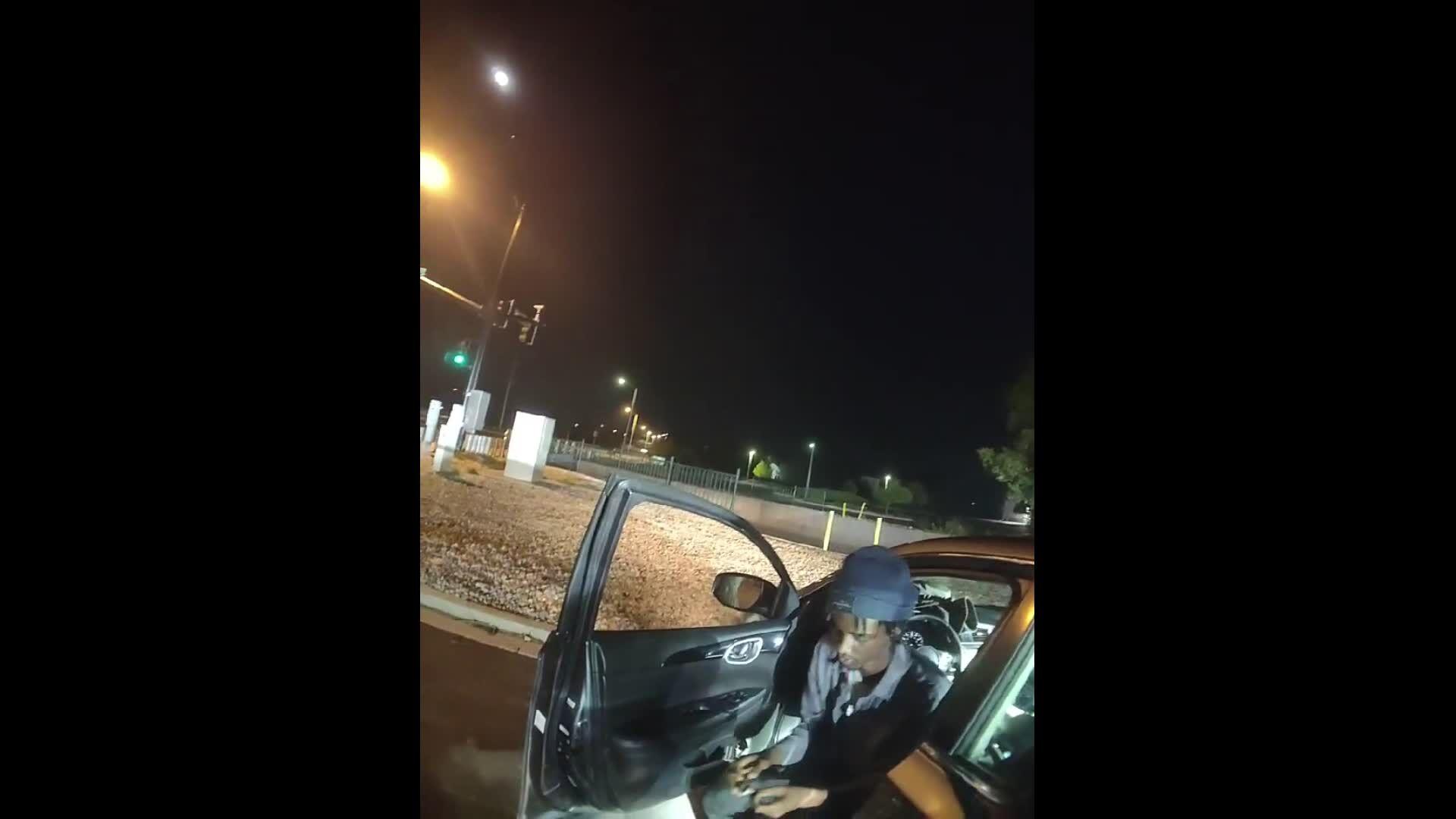 Attorneys representing a homeless veteran in Colorado Springs are calling for criminal charges to be filed against Colorado Springs police after the alleged beating of the Black man during a traffic stop.

“What the f— did I do?” Gadson can be heard asking Colorado Springs police repeatedly in body-worn camera video after being punched and dragged out of his car by officers.

The body camera footage released by lawyers representing Gadson, who attorneys say was living out of his car, shows him being punched repeatedly by police on Oct. 9.

“It’s difficult to listen to these officers laugh and joke about beating a veteran to a bloody mess and drawing their firearm on an unarmed man,” civil rights attorney Harry Daniels said in a Monday news release. “With officers this casual about the use of excessive and potentially deadly force, Dalvin Gadson is lucky to be alive.”

This is the second time in recent months that CSPD officers have been accused of using excessive force.

A lawsuit filed in October of this year alleges that Colorado Springs police on Oct. 17, 2020, pepper sprayed a 17-year-old girl twice while she was handcuffed in the back seat of a police car.

In February of this year the city of Colorado Springs reached a settlement of nearly $3 million to the estate of De’Von Bailey, who was killed in 2019 when CSPD officers shot Bailey four times in the back. A grand jury rejected filing criminal charges against the two Colorado Springs police officers involved in the fatal shooting.

“It is imperative that we look at all the facts when evaluating officer interactions with citizens. We will respect the on-going court process but welcome dialogue with our community when we are free to talk about this case further,” Colorado Springs Police Department Chief Adrian Vasquez said in a statement released Tuesday afternoon.

CSPD added in its statement that an internal affairs investigation into the incident remains open, but that “separately, as is standard practice, an administrative review of the officers’ use of force was also conducted by the chain of command and was found to be within policy.”

The recent incident involving Gadson begins when a Colorado Springs officer can be seen in the body camera video approaching the window of Gadson’s car and informing him that he had been pulled over for driving a car without license plates. The officer then asks for Gadson’s drivers license, as well as identification for a passenger.

The officer then returns to his car and expresses concern about seeing a knife on the center console of Gadson’s car, having smelled marijuana from inside the car and stating that Gadson attempted to get out of his car immediately after being pulled over.

“Right away, when I pull him, he tries to get out immediately,” the Colorado Springs officer can be heard saying on the body camera video.

The officer then returns to Gadson’s vehicle and informs him that he must leave his vehicle, and that he is being detained for suspicion of DUI.

When Gadson refuses to stand up, an officer can be seen trying to pull him out of the car, at which point Gadson can be seen retreating into his vehicle. A CSPD officer on the passenger side of the car can then be seen punching Gadson in the head over 20 times.

“He’s assaulting me … he’s kicking me,” an officer can be heard saying during the interaction.

“I’m not assaulting you, bro,” Gadson says in response.

Gadson is eventually removed from his car and forced on to the ground, where two separate CSPD officers can be seen both punching and kicking Gadson as he lays on the ground.

“What the f— did I do, man,” Gadson can be heard yelling as at least three  officers force Gadson to the ground to detain him.

“You’re under arrest, you dumb f—,” an officer can be heard saying in response.

Gadson was arrested and faced charges of second-degree assault against a peace officer (two counts), driving under the influence, obstructing a peace officer, resisting arrest and unlawful displaying of license plates.

Court records show that both assault charges were dismissed by the 4th Judicial District Attorney’s Office, and a news release issued by Gadson’s attorneys said his DUI case at the Department of Motor Vehicle was dismissed at a hearing on Dec. 7.

The criminal charge of DUI remains active in the 4th Judicial District Court.

The case against Gadson for the charges that have not been dismissed remains open.

Gadson has no prior criminal record in El Paso County prior to this incident, according to court records.

In an arrest affidavit for the incident written by Colorado Springs police officer J. Dussan and acquired by The Gazette, Dussan alleges that Gadson stated “something to the effect of he ‘was not going to be detained,'” and that Gadson “kicked officer Hummel in his center chest area several times, while becoming more aggressive.”

The affidavit also claims that Gadson’s left arm during this incident is attempting to reach for his knife in the center console, and that he “continued to fight by kicking, scratching and punching the officers.”

The officer who can be seen in the video punching Gadson in the head over 20 times stated within the affidavit that he did so to prevent Gadson from getting the knife that officers stated was within the vehicle.

“I split my knuckles through my f—— glove,” the officer who punched Gadson in the car can be heard saying in the body camera footage.

“Hopefully the District Attorney’s Office takes a look at filing criminal charges,” Gadson’s attorney Harry Daniels, a national civil rights lawyer based out of Georgia, told The Gazette in a phone interview. “They should be filed, I’ve seen cases where they’re not and the officers go on to kill someone.”

Daniels told The Gazette that Gadson felt it was important to bring this to the forefront because he doesn’t wish for it to happen to anyone else, and because he feels it’s important for police to be properly trained to deescalate similar situations.

The Gazette reviewed videos provided by Gadson’s attorneys and CSPD; both videos appear to show the same interactions between CSPD and Gadson.

Disclaimer: This article was originally posted on https://gazette.com/news/colorado-springs-police-allegedly-used-excessive-force-on-black-homeless-veteran-lawsuit/article_1bcde55c-7b0b-11ed-92b3-2b38ded4e8da.amp.html